OUR WORK IN THE COMMUNITY

You are here: Home / WHO WE WORK WITH / OUR WORK IN THE COMMUNITY

Our Work in the Community

Dolphyn supports three special organisations that are there for people at important times in their lives.

We supports all three of these organisations in different ways including volunteering our time and resources as well as donations. We encourage those within our wider community to learn more about these organisations and to consider how you may be able to support them if you can.

Lifeline in the Hunter & Central Coast

Lifeline in the Hunter & Central Coast has been running a 24 hour telephone counseling services for people in crisis since 1966. Lifeline receives some government funding, however there is a shortfall each year which is made up from revenue from stores, appeals, grants and donations.

Over the years, Lifeline Hunter Central Coast has expanded its operations from the traditional telephone crisis support service to include a range of services to relieve the stress and pain of the people of Newcastle, the Hunter Valley and Central Coast.

To support the community and people experiencing difficulty through accessible, effective, counselling, education and referral services.

Robert Sams was a Board Director from November 2012 until May 2017. In June 2017, Rob moved into the more operational role of Regional Manager and he continues in this role in addition to his work with Dolphyn.

You can donate to Lifeline at – http://www.lifelinehunter.org.au/support-us/donate.html 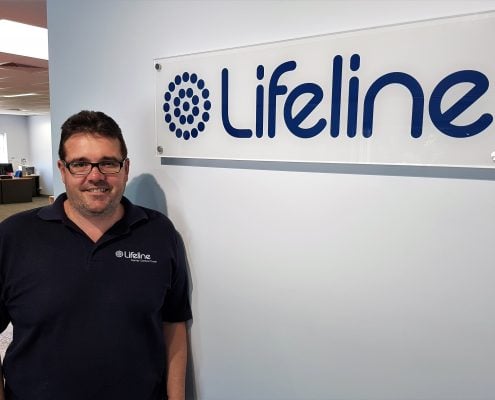 The Wayside Chapel has provided unconditional love, care and support for people on and around the streets of Kings Cross in Sydney since 1964. Under the banner of Love Over Hate, The Wayside Chapel strives to create a community where there is no ‘us and them’ by breaking down the barriers of judgment and providing a safe place where people from all walks of life are welcome just to ‘be’. Their programs and services are designed to ensure the most marginalised members of our community have access to essential health, welfare, social and recreational services. You can learn more about The Wayside and donate, by visiting their website –  https://www.thewaysidechapel.com/index.php

Rob Sams ‘gets his wings’ at The Wayside

Fiji Kids ‘Learning for Life’ is a grassroots charity providing financial assistance to support  the neediest children to develop and grow in a country where many families cannot afford a good education.

Dolphyn are passionate about learning and encouraging a good education for children. We are proud to support of Fiji Kids and encourage you to check out their website and consider how you may be able to help by donating to help kids in Fiji have an education that we might take for granted.