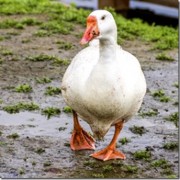 I live in the Hunter Valley in NSW, which is on the east coast of Australia. This week we have been hit by what our local media are describing as a ‘super storm’. In the particular area where I live, we received over 400 millimeters (0.12 gallons, US) of rain in two days. The scenes of flash flooding in areas that are normally farming and rural land amazed me, as did the number of roads that have been cut off and how quickly rivers rose. Experts say that it is a one in ten year flood.

What amazed me more however is that although this crazy weather event took us ‘off guard’ and despite a lack of planning for this specific event, we coped ok and learned a lot along the way.

With my background in risk and safety, I’ve become accustomed to thinking that we have to have a plan in place to cover every type of emergency scenario, and along with that plan, appropriate procedures that would outline a response to almost every conceivable situation.

This big lesson that I learned this week was that while my wife and I had thought about a number of things associated with an emergency at our place and we did have some plans for certain scenarios, there will always be things that take us by surprise. When these things happen we can feel silly or stupid, because in retrospect they were obvious. But does it really mean we are stupid if we don’t (or can’t) think of everything?

Read the rest of the article which was first published HERE

Social Psychology Applied to the Discernment of Risk