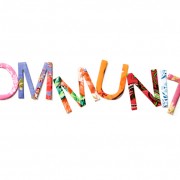 A visit to The Wayside Chapel in Sydney’s Kings Cross is a treat. This is a place where people don’t seem too proud to say that, for one reason or another and at a point of time in their life, they may have been, or perhaps still are, ‘by the wayside’.

There is so much about The Wayside that I could write about (e.g. the semiotics, the language used, the way in which community is fostered – all of these things affect how people feel about, and contribute to, ‘The Wayside’), however there was one thing that particularly struck me during a recent visit. It was a sign at the front door as people are welcomed into The Wayside that proudly declares that:

To me this sign sums up nicely what The Wayside is all about.

It seems that while the people at The Wayside aim to practice the Christian values of forgiveness, compassion and understanding, at the same time they also resist the seduction to overly focus on the rule, process and bureaucracy that, in my experience, is usually associated with church. The Wayside feels like a good balance between ‘method and being’ and between ‘tight and loose’?

I wonder whether the approach adopted by The Wayside provides those of us working in risk and safety with an inspiration for how we could go about things?

Do we need to do many of the things we currently do in our approach to risk and safety, such as all the processes/systems, our obsession to control, an over focus on efficiency and our fixation on measurement? Or, is a change in paradigm needed in order for us to better deal with risk? Could we learn something from The Wayside?

During a recent visit to The Wayside, I was made feel welcome and part of the community. I didn’t feel the need to be a ‘card carrying member’ in order to participate in the weekly service, I simply needed to ‘be’ with those who attended.

There was no induction process; instead I was ‘welcomed’. There was no hierarchy of where to sit; you just took a seat. There was no dress code; people were free to dress as they please. There were no rules that I needed to recite; just ‘being’. In fact, there was very little formal process at all, it felt good.

What would more ‘welcoming’, ‘freedom’ and ‘being’ mean for risk and safety?

Graham Long is the Pastor and CEO of The Wayside and he has a pretty special way of going about things. He sure does live up to the welcome sign at the front door. The weekly service at The Wayside, in the few times that I have attended, is ‘no ordinary’ service.

What would more ‘no ordinary’ mean for risk and safety?

Sure there are some of the usual things you may expect to experience at a weekly service, but to me, it seems like Graham sees the weekly service in a similar way to how he sees ‘meeting‘, which he so adequately describes in his book Love Over Hate as;

“…when a meeting between two people truly takes place, when there is just you and me and we are interacting in a very real and honest way, dropping agendas and stepping into a wide open space where the air is fresh and competitors become brothers and sisters and threats become people, this is when we come to life.” (Graham Long in Love Over Hate, 2013, p.35)

These are the words of a man who ‘meets’ people who live ‘by the wayside’. People with addictions, people who have experienced suffering and people who would seem like they have lost everything in life. If ever there could be a temptation to move to ‘fixing’, I reckon The Wayside would be the place to do it. But as Graham says “they don’t see people as problems to be fixed”. If they did, that would change their attitude to people, they would be seen as ‘objects’, and as ‘things’. As Graham would say, “people are no-things”.

What would more of a ‘people are no-thing’s approach mean for risk and safety?

Instead, The Wayside is built on the premise of ‘meeting’. Sure there are some formal programs aimed at supporting people to develop everyday life skills and I’m sure there would be processes required for funding and managing the building and physical assets etc…. However, these things don’t stand out when you experience The Wayside, they are not in their language.

Rather, it seems that everything that is done at The Wayside is underpinned by ‘meeting’ where there is no agenda. People are not judged for what they have done or who they are. Confession and fallibility are met with forgiveness and understanding, not blame and punishment.

There is also no requirement to systematise ‘meeting’, the key is being aware of, and “dropping”, agendas. The Wayside doesn’t need to have a documented process for everything they do, ‘meeting’ is not about a ‘process’, it is about relationships.

What would more ‘meeting‘ mean for risk and safety?

The weekly service at The Wayside is like no other ‘chapel’ I have attended. It is not just about the reciting of words and phrases (sound familiar?), this is a place where people are equal and where “Saint Interruptus” (sorry, you just have to be there to understand this) is as important as the Pastor.

In some Churches I’ve attended ‘prayer’ seems to just be about words and phrases being aimlessly repeated and recited, often without much conviction or meaning. At The Wayside however ‘prayer’ is about sharing stories, listening to each other and asking questions. There is little of the usual indoctrination, there is not much reciting and there were no superficial conversations. Instead, things seemed ‘real’.

What would less ‘indoctrination‘ mean for risk and safety?

When you visit The Wayside there no rules for attendance, no screening of participants and everyone can have a say at any time, especially “Saint Interruptus“.

There is some basic ‘organising’ that takes place. The service starts at 11am, there are chairs placed so that people can sit and there is a rough agenda for how things work. However that seems about it.

In a world that seems consumed with control, individualism, objects, ‘privatisation of self‘ (one of Graham’s sayings that I just love), process and efficiency, The Wayside is a great place to reflect and work out how much these things really matter.

I do wonder whether there are things we can take from The Wayside and apply in risk and safety? Are there ways in which we may become more human and understanding in our approach, rather than fall for the temptation to systematise everything that we do?

What would ‘less like safety’, if we were not that into process, control and efficiency, mean for risk and safety?

As usual, we’d love to hear your thoughts, experiences and comments. 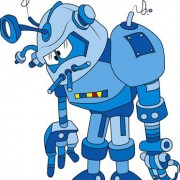 We Are Such Experts….
Scroll to top