BLOGS
You are here: Home / BLOGS / Blogs / Safety in the Silly Season… 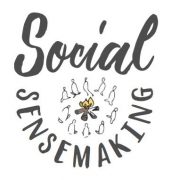 We often refer to this time of the year as the silly season. A time where we let our hair down, have a bit of fun and feel free to be a bit silly. There are parties, after work drinks, family catch ups and barbeques with friends. It’s often a great time to chill out, as well as to reflect on and celebrate ‘the year that was’.

Safety gets into this spirit too. Sadly though, it has quite a different definition of what ‘silly’ means. How so?

I was talking with a friend today, they called to debrief about a ‘serious incident’ in their workplace. One of their team was using a pair of scissors to cut open a box and cut themselves. It was deemed a ‘serious incident’, one that required reporting within 24 hours and an external investigation by the Safety experts.

This meant not just one, but two of the safety team would come out to site the very next day and interview the ‘injured worker’, the Manager and any witnesses. The incident was logged in ‘the system’, this ensured that it was appropriately escalated to relevant managers.  People were instructed to stop using the scissors until an assessment by these external experts could be conducted.

Who are these experts? Maybe they have some form of specialised scissor safety skills? Had they participated in professional training in scissor techniques? Or perhaps they had other proficient skills and knowledge in scissor safety procedures?

Or more fancifully, they were they experts in not being distracted while ‘concentrating on the job at hand’…?

In reality though, they were more likely a Safety Crusader; someone who can’t help themselves taking control of situations and who fast become an expert in others. Safety Crusaders are less interested in people and far more interested in objects. They see the world through the lens of rules, standards and process. Any deviation from these is a clear breach; an example of ‘unsafe behaviour’ that must be met with clear consequences. This often includes some form of punishment; a way to motivate people to be ‘safer’.

Safety Crusaders will stop at nothing to ‘make everyone safe’. Their mission is to rid the world of dangerous situations, even if it means that people may lose their jobs. Safety is a choice you make after all, so if you ‘choose’ to use a pair of scissors in an unsafe way, then you clearly have no care for yourself or others in the workplace. In that case then, the consequences must reflect this risk you are prepared to take. Sacking seems the only plausible option for those who choose not to be safe; silly people.

So back to this serious incident…. How bad was it, that it required such urgent reporting and expert follow up?

I imagined the person sitting in the Emergency Department of the local hospital; maybe a tendon severed? Nope!

I then thought of blood flowing everywhere; an ambulance called to rush the person off for urgent treatment? Nope!

Ok, it must have been a large gash; requiring stiches and/or maybe a tetanus shot to prevent further harm? Nope!

No, instead this was your basic small cut to a finger. A band aid did the trick and the person was back to it within a minute or two. It was a pretty innocuous situation really; that was, until Safety became involved.

My friend spoke of their fear of Safety.

They had previously been involved in a similarly minor incident that was not reported. On that occasion, they were severely reprimanded and had to explain their actions to the Managing Director. The main concern… not of the person who was injured, nor of the welfare of the team; no!

Instead, the concern was only of the process; it must be followed. There are no excuses for not reporting, their organisation ‘takes safety seriously’, after all.

I wonder what would Safety do if there were no incidents to investigate?

Why is Safety so intent on taking control of all aspects of our lives? Why does it need to stick its nose into everything we do? Why can’t Safety see beyond objects, process and techniques and instead seek to understand, care for, and ‘be with’ people? Isn’t Safety a helping profession?

You’d be forgiven for thinking this whole story was some sort of Christmas fairytale. Deplorably though, we know it is not. This is just one of so many examples that we hear of where Safety seeks to take control of our lives. It seeks to restrict our living and being, and stifle our learning. Safety takes the definition of silly to a new extreme, it doesn’t seem to make sense.

Why has Safety lost its way and also lost its interest in people? Why is it so easily seduced into control, power and obedience? Why can’t it break free from the shackles that tie it to seeing people as objects to be controlled, rather than people to be met?

Can Safety get any sillier than this? Sadly, I think we know the answer…

The Human Race
Scroll to top