BLOGS
You are here: Home / BLOGS / Blogs / The Link Between Think and Blink 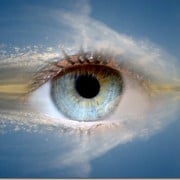 The Link Between Think and Blink

I attended another engaging ‘thinking group’ meeting this morning on the Central Coast of NSW in Australia. The meeting was organised by James Ellis, and some new ‘thinkers’ joined us at today’s meeting including; a clinical psychologist who also practices in forensic psychology; a training manager with a background in community care; an accountant with an interest in behavioural economics; a quality/safety manager who proudly claimed “I just love learning from different people”; and a PhD doctor who teaches an MBA program.

Throw into the mix three mugs that are doing their best to learn about social psychology and risk and what comes out is some great thinking, from a diverse group of people, all with at least one thing in common, a desire to share, experience and learn as part of a community.

While our Thinking Groups usually run with no set agenda and with minimal formalities, we generally have a theme that is often around a book, a topic or an idea that one of the group is keen to discuss. Thinking Groups are not unlike a book club.

This morning’s theme, was loosely around Malcolm Gladwell’s book Blink, which on the website is described as:

“a book about how we think without thinking, about choices that seem to be made in an instant-in the blink of an eye-that actually aren’t as simple as they seem.”

Our Thinking Group meeting provided a great link between think and blink.

READ THE FULL ARTICLE WHICH I FIRST PUBLISHED HERE

I’m Still Not That Into Safety

What can Safety Learn from the Gympie Gympie Stinging Tree?
Scroll to top