BLOGS
You are here: Home1 / BLOGS2 / Blogs3 / The Pathway of Loneliness 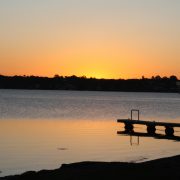 It must be one of the great absurdities of our modern world; that in a time where our ability to ‘connect’ is so abundant, that we are perhaps lonelier, more isolated and insecure than ever. It’s a puzzling irony that while we can ‘connect’ to so many people, in so many ways, that this ‘connection’ may create loneliness.

Our lives are in danger of becoming divorced from any idea of community that is meaningful. In so many areas of our (modern) lives, the idea of community and ‘communing’ have given way to ‘likes’, ‘shares’ and ‘the privitisation of self’. Our (western) society, addicted to utility, entraps people into a world of efficiency, efficacy and ultimately loneliness. Let’s explore.

I had a chance catch up with Carol today, we hadn’t spoken for quite a while. There was no special reason for the catch up, yet it was special. She was bursting with pride and love, telling me about little Geraldine, her nearly three-year-old daughter. Carol is a single mum who works full time and she is feeling exhausted; yet at the same time energised. She talked of both the challenges as well as the joys of work, and of motherhood; both things providing (often simultaneously) enjoyment and struggle. Life is full of competing tensions,

Carol has little ‘down time’, yet still, she took the time to be with me. During our chat, I was concerned about nothing but Carol and it felt to me that Carol was the same. Perhaps this was a (risky) moment of ‘meeting’; a short time where it was just ‘us’? This ‘meeting’ required no agenda, minutes, or records; rather it required presence, trust and risk. Such moments of ‘us’ are rare, but when they arrive they feel like real ‘living’; I love them. I wish (and long) for more of them.

Maybe it is their rarity that make them so special? Perhaps too it is the faith in friendship and the risk of sharing our vulnerabilities with others that contributes to their specialness? To ‘meet’ with another requires a level of intimacy and openness that can leave you feeling exposed and weak. Faith is the only way that we can deal with this as there is no assurance nor certainty that others will not abuse us in moments where we reveal ourselves to them. Likewise, we don’t know how we will respond to others. Sounds risky.

We don’t talk of faith in risk and safety though, it’s as if they the industry is blindsided instead by belief: in systems, process and method. To change would require a ‘leap of faith‘, and that’s unlikely to occur anytime soon, as Safety continues to perpetuate an ideology of control, security and obedience. Safety won’t even move close to the edge of the cliff, let alone leap into the world of absurdity that is risk.

Yesterday, I was at a ‘gathering’ of another kind. While it was called a meeting, there was no ‘us’; instead countless moments of ‘I’ and ‘you’; assembled together in an appearance of us. The purpose of this type of gathering is to ‘produce’; measured by outcomes. This (so-called) meeting with its clear (and packed) agenda, started with the requisite pleasantries, creating an illusion of us. However, it moved quickly (and solely) to talk of productivity and actions. People like to leave ‘gatherings’ with a sense that risks are taken care of and controlled. When you leave a ‘meeting’, no such feeling is required.

Such gatherings often leave me feeling lonely and used (utility). Nevertheless, I still attend; I must. What’s more, I often find myself seeking them out. How strange?

I’ve come to realise that such gatherings are a necessity[1]; however, they also suck us of much life and ‘living’. They are not about people coming together as ‘beings’, rather they are an assembly of parts combining to ‘produce’. Yet, despite these gatherings often causing an empty feeling of utility, they can equally lead to a feeling of achievement. It’s strange how some reject the idea that life is interwoven with paradox…

These gatherings are an unescapable part of our existence, yet are the reason many choose no longer to exist. A meeting where there is no us, is no real ‘meeting’[2]; and despite the harmful feelings that such gatherings leave us with, we must continue to attend, it is part of living. We must also continue to take the risk and ‘meet’, in faith that others will not abuse such a gift. It is not easy.

We must also continue to wrestle with the challenges of being an ‘I’, in a world where true living requires ‘us’. Gatherings where the focus is on ‘I’ and ‘You’ naturally lead to loneliness, yet perplexingly, and at the same time, may also leave us with a feeling of accomplishment and safety.

Why are moments of ‘meeting’ so rare in our modern world?

Meetings of ‘us’ are not efficient, nor safe. Sure, they produce connection, but not ‘results’. Perhaps this is the reason we are so easily tempted toward ‘gatherings’, and further why there is so much talk of human performance and proficiency in our modern world; because we need to feel free of risk?

It is as if there is a deep force at play compelling us to feel productive in everything we do. Is it this force that steers us away from ‘meetings’? Are we enticed toward ‘gatherings’ because they (can) provide us with an illusion of ‘purpose’ and achievement? Perhaps ‘meeting’ is too costly? Maybe we want ‘cheap’ meeting, where it costs very little? There are so many questions.

In the face of the obvious answer to such a question, and regardless of the anxiety we may feel when we utilise each other to ‘produce’, we continue to expect proficiency, worth and safety in all areas of our lives. Feasibly, it is the tension that such expectations create, when compared with our lived experiences of; mistakes, fallibility, and hurt, that we must learn to co-exist with, as we desperately await the next (rare) moment of us (living)?

Can there be any true living without ‘us’ moments? Can we produce living? Perhaps real living is something that (only occasionally) emerges as we connect and bond with others?

When Carol and I ‘met’, there was no consideration of, or need for an outcome. Our ‘meeting’ wasn’t planned, nor was it expected. Challengingly, our next encounter may be different as we revert to the more commonly experienced moments of I/You; that’s life. Such moments are hard to escape in a world of necessity that is preoccupied with ‘producing’ and security. Loneliness though, is so often the unintended by-product; it must be.

This loneliness is an unavoidable part of what it means to be human, we are surrounded by it. Despite the social nature of our ‘being,’ we can easily spend much of our time on a pathway of loneliness and disconnectedness. Could this be an addiction?

Plausibly we are addicted to ‘producing’, thus leading to loneliness; all the while we crave connection and togetherness. Perhaps in a strange way, we are simultaneously both social and self-interested beings. Is it one of life’s great challenges that we must learn to live as an ‘I’ while seeking out special moments of ‘us’?

Life seems full of questions, here are just some that we can further ponder:

·       How do we resist the addiction of the pathway of loneliness?

·       Is the pathway of loneliness also a way of risk aversion?

·       What are the unconscious forces that drive us toward the pathway of loneliness?

·       What can we do when we see others being seduced by the pathway of loneliness?

What challenging questions to grapple with. I guess that’s living?

Chapter 21 – Are You Creating an ‘Obeyience Culture’