BLOGS
You are here: Home / BLOGS / Blogs / Zero Harm, Santa Claus and Other Such Myths 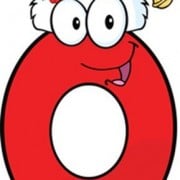 Zero Harm, Santa Claus and Other Such Myths

It’s beginning to look at lot like….. well you know the song. It’s that time of the year where you can’t take a trip to the shopping centre (mall) without the sounds of carols and other Christmas songs dominating the airwaves. It’s also that time of the year where Children may start to ask questions and challenge ideas and beliefs they have held throughout their formative years.

We recently had ‘that’ conversation with our daughter who has grown to an age where it’s no longer plausible to her that some guy can make enough toys for all the kids in the world and deliver them in one night. The spin of “oh that’s just one of Santa’s Helpers” that we have preached for years when asked about how there can be so many ‘Santa’s’ just no longer washes with a 12 year old who is now more capable of critically thinking and questioning. Of course, she has probably not believed in the myth of Santa Claus for some years now, but playing along with a myth for a while is part of the deal, right?

When kids get to this stage in life, the relationship between child and parent changes. On the one hand it feels special as we become closer because we now share something that was previously a secret. At the same time, it’s a little sad because there is less fantasy and innocence and a sign that she is growing up and asking more questions and exploring things for herself, she is becoming more independent. It can be a challenging time as a parent. I certainly feel less in control and my parenting style must move to one based much more on faith, trust and support if I want my daughter to grow up and learn things for herself. I’m not that into ‘Bonsai Parenting’, just like I’m not that into safety….

But there is another side to the myth of Santa Claus that I think is worthy of further exploration. While the man in the big red suit can stand for joy, happiness, hope and of course gifts for children, there are other messages in the myth of Saint Nick. A message of control, fear and individualism. How many parents use ‘the big fella’ as a way to effectively blackmail kids into behaving with threats such as “if you don’t clean your room (insert any other chore here), then Santa won’t come to you”. Or, that old chestnut “have you been naughty or nice?”. For some, the end goal for being obedient is gifts from Santa Claus, not caring and sharing with others.

Like most things in life, the more critically we think about them, the more we can learn and understand. When we think about some of the social psychological lessons of the semiotic of Santa Claus, he may not just be the nice guy he’s made out to be. There is so much we can learn from the unconscious messages that a ‘father figure’ dressed in a red suit and who demands obedience must do to children. Obedience comes from control and fear.

If we really care about others, whether that is our children or people we work with, we need to resist the temptation to think that we can control their every thought, their every move and prevent them from making mistakes (or experiencing harm). If we truly care for others, like so many in risk and safety profess they do, shouldn’t our focus be on freedom rather than obedience and control?

I thought of this as I watched this video recently from a company that preaches Zero Harm for all of their people. In the video the spokesperson for the organisation claims:

“Over the past five years, all of the 6000 people at Aurizon have come to believe that we can achieve Zero Harm and that we can eliminate all injuries in our workplace”

While I don’t know of this company personally, and nor do I know of the person talking in the video, I can’t help but hear the non-conscious messages blasting out at me as I listen to this statement. The message that is crying out to me is something along the lines of; “if any of the 6000 of you think for a minute that you can have an injury and the associated freedom to live your life as you wish to, you just don’t belong here, so don’t even think about it. No-one has an injury here OK. No-one, not ever!”.

I wonder if this is much different to the threat of; you better clean your room or else…..? Maybe Santa Claus is the perfect metaphor for Zero Harm companies. Have you been naught(y) or nice? Life is black and white in the world of Zero Harm and for Santa. Both can sound romantic and ideal, but of course both are not quite real. Both Zero Harm and Santa are myths.

Zero Harm is not about care and freedom, it is instead about control. There can be no freedom when the goal is perfection and where the aim is to oppress and restrain, not live and to ‘be’. Zero is Zero, not ‘kinda’ or ‘sorta’ zero, it’s an absolute. Absolutes = perfection, no debate, no discussion, just Zero.

But what is wrong with having a goal or aspiration where no one is harmed or injured? For example, the same company also suggests that:

“The focus of course is eliminating all injuries”

While it is easy to jump to the conclusion that this is the perfect aspiration for an organisation to publically profess, like all decisions and judgments we make, it comes with trade-offs and associated by-products. When our goal is for no harm, no risk and where mistakes are tolerated, this also means that there is stifled learning, reduced freedom and suppressed thinking.

I have struggled for a while now about why it is that as humans we find it hard to deal with the idea that harm and pain can only be negative? I suspect from my discussions with many in risk and safety, that I am not alone in this struggle. Harm, injury and pain are not easy concepts to think through. While pain can hurt, whether that is for ourselves, or others, it can also help us learn, and build resilyence and understanding. So how can this be?

On the recommendation of a close friend, I’ve recently been reading a book by Elizabeth Kubler-Ross called On Grief and Grieving. This is a book that can help with an understanding of what it means to suffer and grieve as a human. Kubler-Ross suggests that;

“The most beautiful people we have known are those who have known defeat, known suffering, known struggle, known loss, and have found their way out of the depths. These persons have an appreciation, a sensitivity, and an understanding of life that fills them with compassion, gentleness, and a deep loving concern.”

I suspect that Kubler-Ross’ book would certainly be a challenge for many who work in risk and safety and especially those who espouse ‘Zero Harm’. If we believe that harm and pain can only be bad, perhaps we have restricted our view too much? Perhaps our hanging onto this belief is no different to a child who knows that Santa can’t be true, but believing and continuing with the myth is easier than facing reality?

I remember when I first came to the wonder whether my favourite toy was chosen by my parents and not Santa, it was difficult to accept. I was in a state of, “hhmm if I speak up, it will upset my parents, but at the same time, it also seems like such a silly idea, but… maybe it is true?”. It can be like that feeling of ‘mental gymnastics’ that we feel when something challenges a belief that we have held for a long time, and we can see a point with it, but it’s a real struggle to let go of what we have believed for so long, and we don’t want to upset those who espouse the myth. Talk about tension…!

Perhaps Zero Harm is the same? Now that we are a little older, more mature and wiser, perhaps it’s time to get on with things and accept it for the myth that it is. Believing in Santa Claus at age 41 just doesn’t make sense to me anymore, ditto with the mythology of ‘Zero Harm’. When we wish for no harm, we also wish for no learning, no risk and no discovery. It is restrictive, controlling and dominating. As Kubler-Ross says;

“Should you shield the canyons from the windstorms you would never see the true beauty of their carvings.”

It can be so easy to be seduced into ‘protecting’ in the name of care, but there are also trade-offs and by-products, some obvious, some not so. Let’s see the ‘true beauty’ in people, not their ability to obey.

Zero Harm is not a model of leadership; it is a model of ignorance, a model of control, a model of obedience and is dehumanising by restricting freedom. Just like Santa being used to blackmail kids to behave, the fear of being injured also conjures obedience and subsequently an obeyience culture.

To live a life with the delusion of no harm is not to be human, it is to be controlled. To behave as a child because of the fear of no presents is perhaps no different. It’s a difficult tension we face in risk and safety, accepting that someone may be harmed while on the way to freedom, doesn’t seem to roll comfortably off the tongue, but we must explore this further. We must challenge ourselves to let go of control and embrace freedom.

Otherwise, we may as well continue to think that Rudolf and his mates ate all of the carrots and milk we left at the front door when we were kids.

And finally…. for all those who are now saying, “so, you don’t believe in zero harm, how many people do you want to injure tomorrow?” I’m just not into binary thinking.

We’d love to hear your thoughts, experiences and comments.

We Are Such Experts….