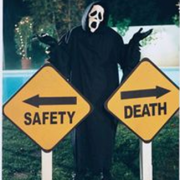 The SARF model accepts the important role that our social arrangements have in our decision-making. This is why an understanding of social psychology is critical in our understanding of risk.

In a recent blog I asked why are we afraid, and explored fear and how it may impact on our feelings, and decisions about risk. I also shared a story of how after the 911 terror attacks in 2001, American’s turned en mass to driving instead of flying. One result of this was an increase in the number of road fatalities during the first twelve months after they occurred, greater than the number of people killed in the terror attacks.

One source of the fear that changed people’s commuting habits was the media with their overabundance of dramatic reports that filled our minds with images of death, destruction and horror in the months, and years after these events. It continues today. Could this have been part of the plan for the terrorists? Ironically, could it be that reporting by the media is now a greater risk, rather than the risk of actual event?

Why are we Afraid?

Why we Need to Accept Pain and Suffering
Scroll to top